Rockies still looking for answers in loss to Kokomo 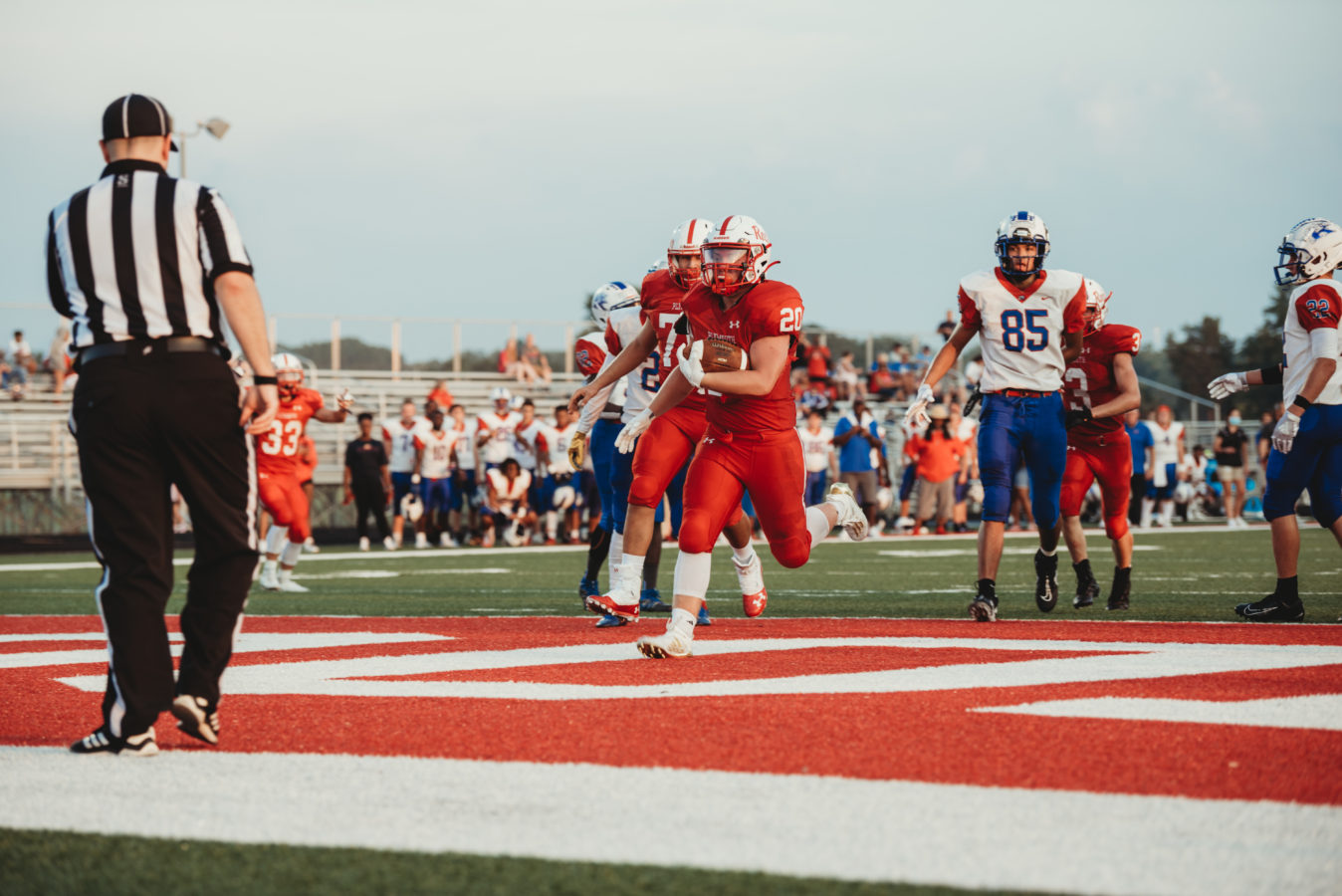 PLYMOUTH – Plymouth’s Rockies continue to for some answers, this week on both sides of the ball, but Kokomo star Plez Lawrence and an athletic WildKat defense didn’t help anything taking a 41-6 win at Plymouth.
“We were outplayed, in every part of the game,” said Plymouth coach John Barron. “It’s too bad because I thought we had a really good week of preparation. I thought our kids were locked in. Obviously, we weren’t.
They are a good football team. They are well-coached they have a system that they all believe in and they have some athletes to match it.”
“They are playing with a lot of confidence right now. We aren’t and it showed.”
The confidence that the Rockies had from a week ago on the offensive side of the ball was taken away quickly by a Kokomo defense that flew around the field making life difficult for the Plymouth offense.
“Their speed on defense gave our guys upfront a lot of problems,” said Barron. “The early turnover didn’t help us. They ran one trick play and then one play to Plez Lawrence and we looked like we hadn’t prepared for that. We are struggling right now.”
Plymouth took the opening kickoff and had some success but on a rollout quarterback, Lennon Creighbaum had the ball stripped from behind and set up the WilkKats deep in Plymouth territory. After a double reverse, wide receiver pass to open the game, Lawrence took a simple handoff to the house for a 35 yard score.
Lawerence would go on the have three TD runs in the first quarter of 35, 20 and 39 yards to go with a total of 96 yards rushing in the first 12 minutes.
“We thought we had the right people in the right place to make some of those plays,” said Barron. “They do a great job of getting him the ball in space like we try to do with Devante (Garcia) and scheme it so he can use his skills. They use deception very well and they don’t turn it over.”
The trouble extended to special teams as a couple of punt blocks early contributed to the woes.
“We gave them some short fields, for some reason we forgot how to block on a punt,” said Barron. “The wheels fell off. They run a scheme that doesn’t allow you to get back into the game unless you can make them punt it because they just don’t turn it over.”
Meanwhile the Kokomo defense took away all of Plymouth’s play makers from the week before. Devante Garcia left the game after a big gain towards the end of the first half with an ankle injury and did not return.
Creighbaum spent most of the night running for his life from an all out Kokomo rush and while he had some big plays, his skills were pretty well neutralized.
“They took Devante away, they took Lennon away by rushing their outside guys upfield and stunting,” said Barron. “They are athletic. We had trouble blocking their down guys and Lennon was running for his life.”
The Rockies found some success in the running game with Kwinton Heiny and Michael Norris, but it was far to little to overcome the big Kokomo first quarter.
“They didn’t do anything that we hadn’t prepared for,” said Barron. “They just executed it better than what we did.”
Plymouth moves to 0-2 on the year and will open the NLC season on the road next week at Warsaw.
*KOKOMO 41, PLYMOUTH 6
at Plymouth
Score by quarters
Kokomo 21 7 13 0 – 41
Plymouth 0 6 0 0 – 6
Scoring summary:
First quarter
K – 10:48 Plez Lawrence 35 yards. Touchdown (Point after kick Diego Giner is good.)
K – 4:36 Evan Barker pass complete to Plez Lawrence for 20 yards. (Point after kick by #58 Diego Giner is good.)
K – 02:23 Plez Lawrence runs for 39 yards. (Point after kick Diego Giner is good.)
K – 1:21 Trey Marciniak runs for 3 yards. (Point after kick Cole Boruff is good.)
Second quarter
P – 00:22 #20 Kwintin Heiny runs for 3 yards. (Point after kick by Hayden Graham-Obrien is blocked)
Third quarter
K – 09:08 Plez Lawrence runs for 10 yards. (Point after kick by Diego Giner is blocked)
K – 06:54 Evan Barker pass complete to Plez Lawrence for 18 yards. (Point after kick by Cole Boruff is good.)
Rushing – (Kokomo 29-220) Lawrence 12-131 4 TD, Marciniak 5-31 TD, Name 2-26, Stewart 2-20. (Plymouth 44-96) Heiny 19-51 TD, Norris 9-31, Garcia 3-10, Creighbaum 13-9.
Passing – Barker 2-5, 32 yds, TD. Creighbaum 6-12, 62, INT.
Receiving – Lawrence 2-32 TD, Garcia 2-22, Mills 1-20.
Tackles – Hooley 5.