Huge test to open the season for Rockies 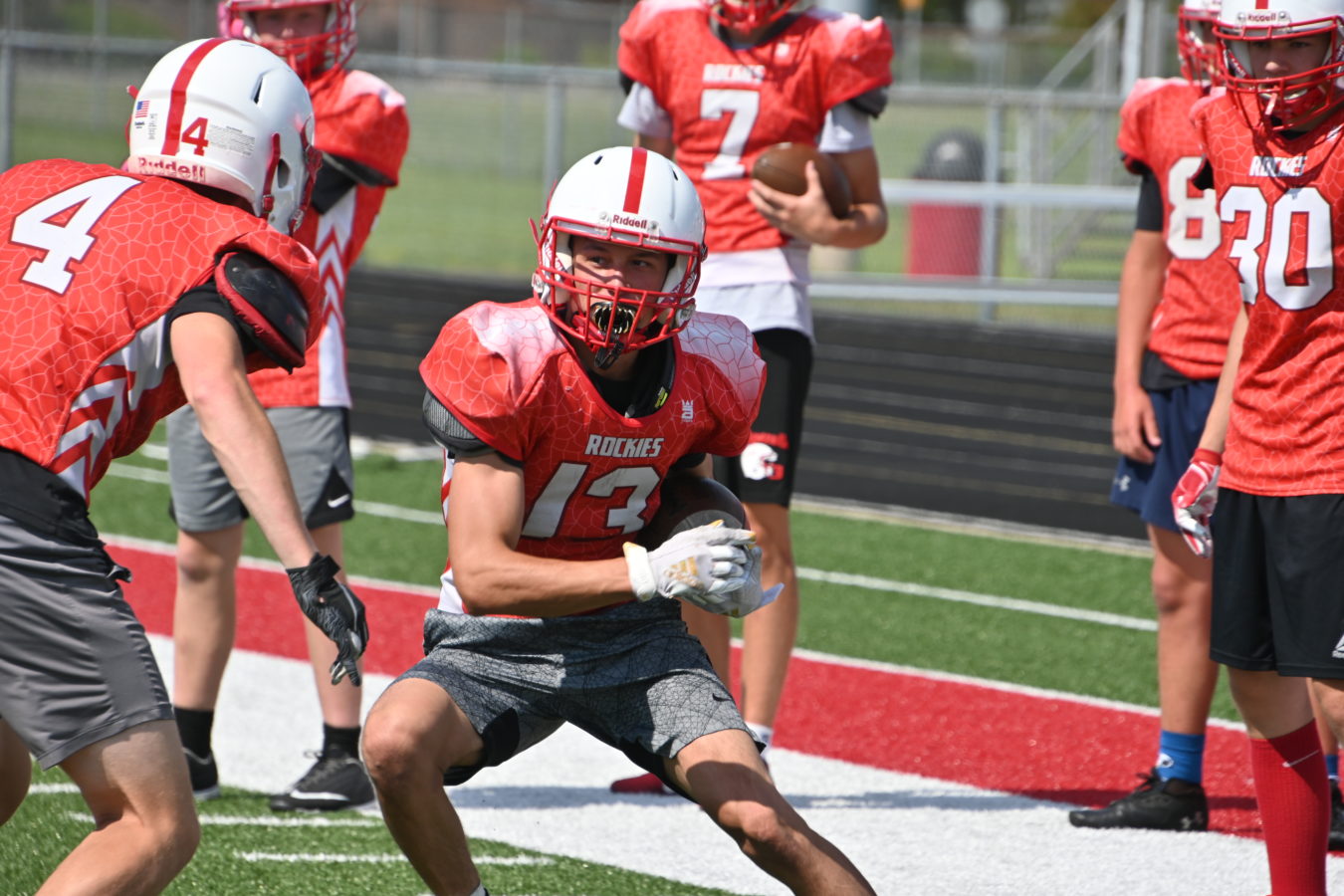 PLYMOUTH – It’s almost like having your final exam on the first day of class.
As has been the case for the last few years, Plymouth’s Rockies will face off against one of the most consistent and best football programs in Indiana in #8 (4A) East Noble.
For Plymouth coach John Barron, it’s just good to get going.
“It’s really about getting kids into a routine,” he said. “Routines are good for our guys. You can only have two days of live contact each week now so picking those out is important. It’s a week where we finally have an opponent. Here’s how they look on film and here are our specific objectives we want to accomplish this week.”
“I think our kids are focused and readsummertimeYou never know until the opening kickoff,” said Barron. “We have good leadership on this team and our younger kids are starting to come around really well.”
The Rockies are a young team at spots, a veteran team at others.
“We have some kids back who’ve played a lot for us and we have some newer faces in the lineup that have battled through some summer time two a day injuries that we hope can play this week,” said Barron. “Inevitably you are going to have that injury where you will have to dip down to one of those younger guys. We might have to play some younger kids if guys start to get hurt, but right now that’s not the plan.”
The plan needs to be a good one against the Knights who have a plethora of very good, very experienced football players.
“They are a really good football team,” said Barron. “They are a top five team and I’m excited to play them. I’m excited, I think our kids are excited, our staff is excited.”
“They have those guys,” said Barron. “(Nick Munson) he’s a player. He’s a playmaker, he’s been around forever. Their tight end (Brett Christian) has been around forever. They have a lineman (Chris Hood) who is committed to Cincinnati who just happens to be 6’8″ and 325 pounds and he’s every bit of it, but they also have a couple of guards (Easton Brown and Nate Terry) who can play.”
“(Coach) Luke (Amstutz) has a great program, they were in the state championship game a couple of years ago,” he said. “We’ve had great battles with them. They took it to us last year, but we didn’t play very well. They are really solid.”
“They get after you on defense. They do a lot of things. They challenge you.”
While the offense looks the same, the offensive mind of Amstutz adjusts to his personnel.
“They are a spread team but I think they want to run the ball this year,” said Barron. “They are kind of a ‘gun, wing T team’ believe it or not. It’s like when we were a ‘pistol, option’ team, how do you put those two things together?”
“They want to run it. They run a lot of buck sweep stuff, they pull their guards a lot, they formation you to death,” said Barron. “They have tight ends everywhere, they’ll have three wides, two wides, one or four wides to one side, they do some unbalanced stuff, they’ll change the pace a lot. It’s hard. They get you going. They get you leaning. We can’t give them easy stuff.”
“Defensively they are like us with an even front,” he said. “They aren’t much of a stunting team but if we get ahead of them they might. They tackle well. They run well to the ball.”
For Barron’s team, the task is not very complicated.
“We’re coming off a 2-6 season, you just want your kids to compete at a high level and the scoreboard will take care of itself,” said Barron. “Some of these guys are playing their first real football. Some guys are playing in a new position.”
“Lennon Creighbaum is in his first year at quarterback and he’s had a great summer,” he said. “He’s very capable. He just needs to manage the game.”
Along with his own great speed and a strong arm, Creighbaum has some weapons.
“We are going to try to get the ball to Devante Garcia, he’s our big play guy,” said Barron. “We need to establish a running game and we have to get them (East Noble) off the field.”
“We have to get them to throw the ball believe it or not. Then we have to defend the RPO (run, pass option) stuff that Luke will throw in.”
“I want our kids to play smart,” said Barron. “We haven’t had the Friday night lights experience but our motto is ‘no excuses’. We need to do the things a good football team does.”