Plymouth Building Commissioner Updates Board of Works on 400 E. Jefferson and Broadway Apartments

Members of the Plymouth Board of Public Works and Safety affirmed the actions of Plymouth Building Commissioner Keith Hammonds to have a property demolished.

Monday evening Hammonds told the city board the property owner of 400 East Jefferson Street, the former Clark Station had received the notice from the city to take action on the property or the city would have the structure demolished. 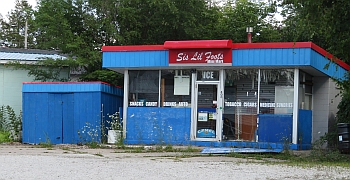 The owner, Michael Iqbal, doesn’t live in Plymouth and has failed to make any improvements at the location the last several years. The city had begun the demolition process a few years ago but stopped the proceedings because a local resident was attempting to purchase the property on a land contract.  While minor improvements were made those have deteriorated and nothing has happened.

The Board of Public Works and Safety affirmed the Building Commissioners notice of demolition.

Mayor Senter asked for an update on the Broadway Street apartment building.

Hammonds said he had spoken with the local property owner, Brent Martin and learned that his attorney had sent a proposal to purchase the remaining lots from the Florida owner.  The Building Commissioners said the Florida owner has had no response back to the city concerning coming to an agreement between the two property owners.