Marshall County Police Sergeant Les McFarland conducted a traffic stop Saturday night, March 17, at approximately 11:55, in the area of US 31 and 13th Road.  Cause for the traffic stop was exceeding the posted speed limit, 82 mph in a 60 mph zone.  During the traffic stop, a substance believed to be marijuana was located. 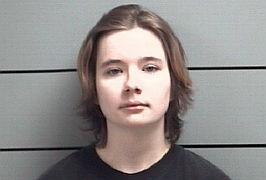 19 year old Kyra Hebron of South Bend were arrested and booked into the Marshall County Jail for Possession of Marijuana. They were each given $500 cash bonds that were paid Sunday afternoon and they were released with April 10th court dates in Marshall Superior Court II.