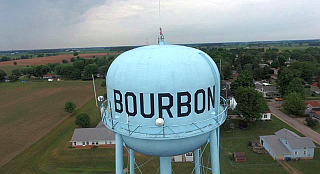 Local Bourbon resident Ellen Elliott appeared before the Bourbon Town Council Tuesday evening to share her concerns over the proposed renaming of Frank Street to Wagner Way.  Council members had voted at their February meeting to change the street name in honor of the late Mark Wagner. Wagner had served as the town’s attorney for several years prior to his sudden passing in early February.

Elliott said the name change would only affect the residents of the three homes on the street, but would cause difficulties in changing addresses for such things as bank accounts, social security benefits, etc.