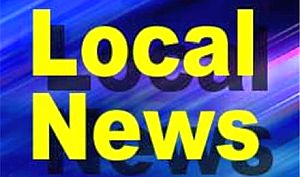 A new name for the new year is among the changes for Care and Share Ministries of Marshall County.

Care and Share, which closed in the wake of the arrest of its previous director, reopened Jan. 1 as Link to Hope, said Reverand Jaree Kratzer, the charity’s board president.

Care and Share directed those in need to various charitable services, including churches and local agencies, such as the Marshall County Neighborhood Center. It also provided emergency financial assistance.

Along with the rebranded name, the charity now has a virtual office instead of a fixed headquarters, said Kratzer, who is lead pastor of Bremen Church of God.

“We’re doing what we can,” she said. “We’re trying to focus on getting people to the right type of help, not just paying people’s bills.

“We at Link to Hope want to be a group that helps people get on their feet. We have a lot of things that we’d like to start.”

Part of that change in focus means moving somewhat away from only helping those in need with financial assistance, but instead helping with education as well, such as classes on creating a budget.

She said the group will no longer pay for stays at area motels for those in need, but will offer rental assistance.

The charity is no longer operating from its office at 440 W. Jefferson St. in Plymouth. Link to Hope will instead use a virtual office, according to Kratzer.

Those seeking assistance should first still call 941-2273 to set up an appointment.

After potential clients first contact the group, screeners will meet with the person in a public setting, Kratzer said.

After the screeners have determined the type of assistance needed, they’ll inform the client.

Kratzer said the charity is still formalizing its new name. Any checks donated to the organization should still be made out to Care and Share and can be sent to P.O. Box 221 Plymouth, IN 46563.

She said Jim Smart, a member of St. Thomas Episcopal Church, has been named Link to Hope’s interim director, replacing former director James Irwin. Smart will work about 20 hours per week and will be paid about what Irwin was paid, she said.

“We want (Smart) to help us figure out where to go,” Kratzer said. “Then we will determine whether we want to offer him a permanent position or (if) we look for someone else. Right now, we’re not actively looking for anyone else. We are going to work together to find what is needed in Marshall County with this charity and toward accomplishing those goals. We’re in a rebuilding time.”

Irwin was placed on unpaid, administrative leave with Care and Share not long after his August arrest on drug- and promoting prostitution-related charges.

Irwin had been director of Care and Share since January 2012, according to his LinkedIn profile. He had been the charity’s only paid employee.

The charity shuttered not long after Irwin’s arrest. An audit of the charity was conducted, but no irregularities were discovered.

Provided by our news partners at the Pilot News