Plymouth Police Arrest Rochester Man for DWS with a Prior 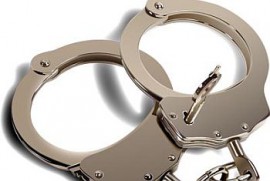 On Tuesday, December 12th, about 7:45 Officer Jon Weir with the Plymouth Police Department noticed a suspicious vehicle at a business on the city’s west side that wasn’t open.

Running the license plate he found the owner was suspended with a prior charge.  Initiating a traffic stop, 29 year old Michael Bowens of Rochester was taken into custody and transported to the Marshall County Jail.  He was booked in for Driving While Suspended with a Prior.