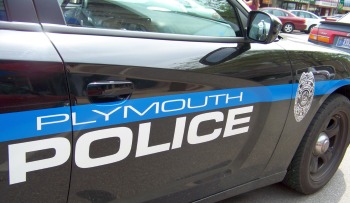 On Thursday, March 27th at approximately 10:40 Plymouth Police Officer Chad Beatty conducted a traffic stop at the corner of Madison and North Plum Streets for several traffic infractions.  During the stop it was determined that 49 year old Larry Taylor of Argos was Operating While Intoxicated on a suspended license.

Taylor was transported to the Marshall County Jail.