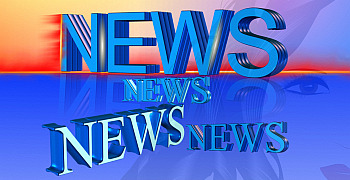 Before a crowd of nearly 80 people, Scott Sivan presented his plan to create a residential development on the city’s South Gateway.

Tuesday evening residents, politicians, business owners and representatives from various organizations attended the meeting that was held in the former NIPSCO building across the river from the proposed development site.

Randy Danielson, a member of the Discover Plymouth Design Committee welcomed everyone and showed the Positively Plymouth video he had produced as a way to promote the city.

After hearing from Jerry Chavez, Executive Director of Marshall County Economic Development Corporation and John DeSalle from Hoosier Tire who also is the county’s representative on the Regional Development Authority for the Regional Cities Initiative the standing room only crowd had the opportunity to hear from developer Scott Sivan. 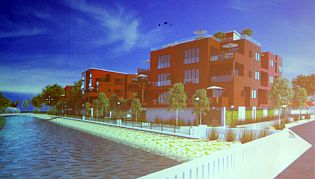 With conceptual drawings Sivan said the project is comprised of three buildings, 2 with 15 apartments each and the middle building with the possibility of 9 condos.  Every apartment will have a view of the river and have south facing windows to allow the light and heat in.   The modular units will also have balconies and their exteriors will be brown to fit into the neighborhood.

The buildings will each have 16 parking spaces on the ground floor and three floors of residential living.  The two apartment buildings will have roof top common areas with one having a physical fitness center and the other a clubhouse. In between the buildings will be landscaped courtyards.   It was estimated that a combined income of $44,000 would be needed to meet the rental rates.

During the open forum the funding of the project was questioned by Bill Smith, a local CPA.  The project originally estimated at $11.5 million will be less due to a lower number of units. The Regional Cities Initiative will only grant 20% with a 20% match from public money and 60% must be a private commitment.  The City of Plymouth, through the Redevelopment Commission has pledged $1.5 million which includes the purchase of two properties for the project.  A tax abatement is expected to be granted on the project also.

A few were excited about the project.  Anthony Roscoe said, “This is an exciting project.  What’s the number of steps before the ground breaking?”  John DeSalle said the RDA grant requires a project break ground by June 2017.  Sivan said the project would take 15 to 16 months to complete.

A young man named Adam said, “I faced the issue of finding housing when I moved here.”  He was appreciative of the solar panels proposed for the roof top and smart growth.  Adam also asked about charging stations for electric cars.

Rex Crump has managed rental properties for 30 years.  He said he didn’t consider this project to be competition due to the fact it’s a different level.  He, on behalf of the Palbykins questioned the city’s monetary contribution.