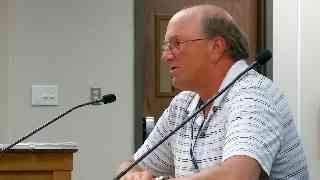 Following the presentation from Umbaugh during the County Council meeting on Monday, Kevin Overmyer, President of the Commissioners made a request to the council.

Marshall County will be getting a onetime distribution of local income tax in the amount of just over $1 million.    $835,000 must be used for road projects while $250,000 will be put into the rainy day fund.  Overmyer said, “After listening to Paige I would ask that you folks return that $250,000 to the highway department for roads this year.”

At this point the plan is to have the highway department determine which roads need attention most and then have them bermed and leveled and then hire a company to come in a pave them.

Overmyer also said, “I don’t think we have too much choice but to implement the LOHUT.   When you look at 2017 and 2018 and revenues keep going down, the only thing that is propping up the highway department is the $1.4 million in relinquishment money that ends this year.”

The commissioner closed his comments by saying, “I’d ask you folks to consider my requests at you May meeting.” 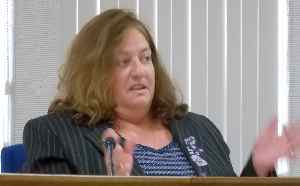 Jude Stone, President of the County Council said, “I’d like to go on record. After being involved with Umbaugh and Paige I can see where we can take money from here and from here for a one time shot.  I’m not against that.”

She spoke about the road condition and being able to recognize when she enters into Marshall County because of the road conditions.  Stone said, “I’ve watched our roads get consistently worse and I know our highway is doing what they can to try to get them where they are passable.”

She echoed Commissioner Overmyer’s statement asking the County Council to consider a public hearing on some sort of sustainable help for the highway department.

Again there were no comments from council members.