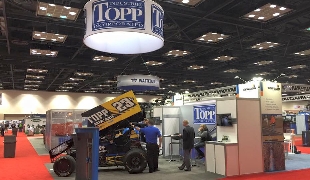 Both Eric and Garrett will be racing in the new DIRTcar Pro-Sprint Car Series at the Plymouth Speedway in Plymouth, Indiana for the 2016 program.

The Saunders brothers, both of Lakeville, Indiana, are no strangers to the racing family, with over 20 years of combined experience in various dirt track racing series and Motocross. 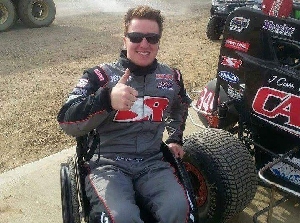 Eric, age 23, got his start in racing at the ripe age of seven in Motocross racing. After a successful first season in 1999 with 50 wins, Eric went on to win the Indiana State Championship in his first year of racing. Over the next eleven years, Eric won over 700 Motocross races and was racing professionally. On the day before Eric’s 18th birthday, tragedy struck. While practicing Motocross runs, Eric had an accident that changed his life, leaving him paralyzed from the waist down. Determined to not give up on a racing career, Eric worked and persevered through long periods of rehabilitation to make an entrance back onto the track – learning how to race in a new way, on four wheels instead of two. With the innovation of hand controls for vehicles and the help of longtime family friend, Tony Stewart, adaptations were made to a race car specially made for Eric to get back to racing. In 2012, Eric made his sprint car racing debut during a spectator race at Plymouth Speedway and won the race. Since that time, Eric has been participating in the regular season United States Auto Club (USAC) 600 Open Sprints Division, finishing third in the 2013 standings and finishing second in the 2014 and 2015 standings. Eric has been a part of Tony Stewart Racing for several years and has experience racing USAC Midget Cars, Winged 602 Sprint Cars and 600CC Non-Wing Micro Sprint cars.

“I have been fortunate enough to continue competing in the sport I love and can’t wait to get behind the wheel of the TOPP Motorsports car,” said Eric. “I’m passionate about racing and want to do everything I can to continue to be successful with this new team supporting me.” 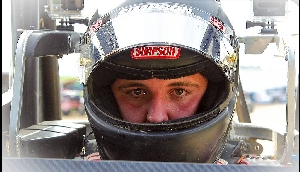 Garrett, age 19, has been racing since 2012, winning his very first race on his initial try out on the track. Garrett raced in the USAC 600 Restrictor Sprint Division in 2013, winning ten feature races that season. Garrett then went on to win the championship in that division in his second year of racing. While 2014 and 2015 weren’t championship years for the driver, Garrett has still made strides in his experience, fighting each season to be amongst the top ten in point standings.

“I’m really excited to be a part of the TOPP Motorsports team,” said Garrett. “I’m looking forward to the opportunity to race in a new series and work with a great up-and-coming team like TOPP.

Both Eric and Garrett make their debut in the TOPP Motorsports DIRTcar Pro-Sprint Series at Plymouth Speedway on April 23.

TOPP Motorsports, LLC, a division of TOPP Industries, Inc, was established in 2015. The organization is owned and operated by TOPP Industries President and CEO, Kevin Birchmeier, who has always had a passion for racing. After attending the World of Outlaws Nationals with TOPP as the title sponsor for Tyler Courtney’s 23c wing sprint car in October 2015, Birchmeier’s drive for the sport increased exponentially. Combining his business success with the desire to be involved with talented drivers and dirt track racing, Birchmeier launched the TOPP Motorsports division in late 2015. In addition to Tyler Courtney, the team also includes brother racing duo Eric and Garrett Saunders. The team participates in the World of Outlaws Wing Sprint Series, the All-Star Circuit of Champions Wing Sprint Series, The United States Auto Club (USAC) Non-Wing Sprint Series and the DIRTcar Pro-Sprint Car Series.