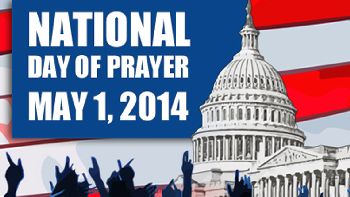 05/02/14 Thursday morning approximately 160 citizens gathered at Christo’s Banquet Center in Plymouth for the Mayor’s annual Prayer Breakfast.  The event was one of more than 35,000 National Day of Prayer events held across the nation. 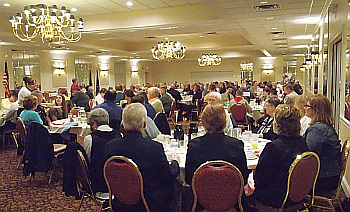 First Lady of the City of Plymouth, Leanne Senter welcomed the crowd prior to the delicious breakfast. 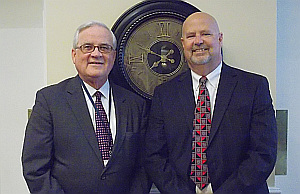 Mayor Mark Senter introduced the guest speaker for the event.  He said, “It’s May Day and May first with Dr. Ron May.”  Senter said the event is in a way an opportunity to honor May who will be retiring as president of Ancilla College the end of June. 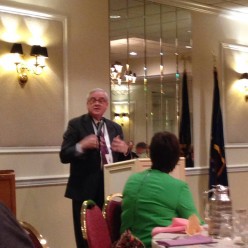 Dr. May has been a practicing Christian all his life and said, “Church attendance wasn’t voluntary in my house.”  In a light-hearted story he said the pastor in his family’s church routinely randomly called on someone in the congregation to give the closing prayer.  On Sunday he called on Mr. Miller who was knows for giving lengthy prayers.  As a five year old child, May said “Lord help us.”  He realized as his father gripped his neck that he has said it out loud.

May said prayer is part of his everyday life.  It’s a conversation between our holy Lord and you where God imparts wisdom and understanding in us.

Dr. May said prayer is a powerful experience.  He and his wife Joan were blessed with three sons but it took 10 years of prayers before god answered them.  He also said their prayers didn’t end with the arrival of their children.  He explained that two of his sons were in serious auto accidents and one was at Virginia Tech in 2007 when there was a shooting.