No Injuries in Crash at Hoham and Michigan 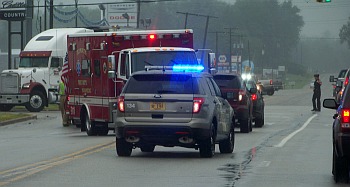 08/01/13 Plymouth police and fire responded to the intersection of North Michigan Street and Hoham Drive Wednesday morning about 10:45 for a two vehicle accident. 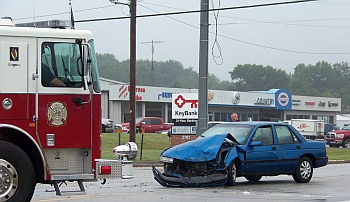 Officer Ray West investigated the accident and learned that 33 year old Jessica Gearhart of Etna Green was north bound on Michigan Street in a 1993 Chevy Corsica waiting to make a left hand turn onto Hoham Drive.  Gearhart said the light turned yellow and she thought the south bound vehicle was going to stop so she proceeded to turn left in front of the .  2007 Jeep Wrangler driven by 50 year old Lori Calmus Maike from Lakeville. 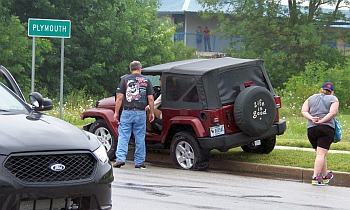 Maike said told Officer West she was south bound on Michigan Street with a green light, sneezed, and as she opened her eyes say Gearhart’s Corsica in front of her with no time to react.

Two witnesses at the scene said Gearhart had only a green light and not the left turn light.  They indicated that she turned in front of the south bound jeep that had the green light.

Gearhart was cited for operating a vehicle without insurance.