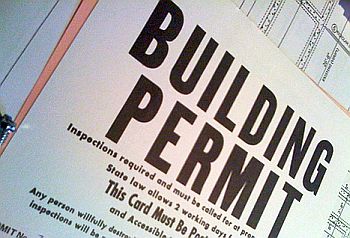 12/16/10 “Experience is a powerful teacher,” according to the Statement of Intend and Purpose of a City ordinance amendment the Building Permit Ordinance.

Building Commissioner Keith Hammonds recommended several additions to the building permit process along with corresponding fees.  He also recommended eliminating the doubling of permit fees for permits issued for construction in the City’s two-mile zone.

The ordinance amendment includes adding a fee of $100 for foundation only, $40 for replacement of bulk storage tanks, piping or dispensing equipment for commercial fuel stations, and for parking lots by size ranging from $100 for a lot less than 2,500 up to more than 10,000 square feet at $300 plus $.01 per square foot over 10,000.

Mayor Senter said the intent and purpose of the ordinance amendment is to effectuate the recommended additions and deletion.  He said, “I’ve had several contractors comment to me that the double permit fees do not appear to be fair.”  He continued by saying that the city wants to encourage construction in the two mile zone.”

The Plymouth Common Council will consider the ordinance amendment on 2nd and 3rd reading at their next meeting on December 27th.