Pride of Plymouth, 5th in State 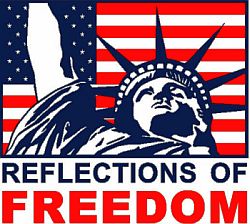 11/01/10  For the first time in history the “Pride of Plymouth Marching Band” marched off to the state championship Saturday morning and came home 5th in the state.

Friday night the whole community got a chance to show their support by watching their last “dress rehearsal.” Hundreds of citizens braved the cooler temperatures to see the band and to encourage them in their trek to Indy.

Director Brian Ames and his band showed everyone the results of months of hard work that started in the heat of last summer’s band camp. In just two weeks the kids put in more than 100 hours of practice.

The evening was full of excitement and Mayor Mark Senter read a proclamation making Saturday “Pride in Plymouth Day.”
The proclamation reads:
WHEREAS, the Pride of Plymouth Marching Band has strived for excellence for many years in contests, competition and half-time programs; and
WHEREAS, the many students, drum majors, directors, teachers, volunteers and parents are to be commended for their time and energy spent to bring the art of marching music to the Plymouth area; and
WHEREAS, the hundreds of hours marching on the hot blacktop in mid-August during band camp have made the cool Saturday evening competitions in late October all worthwhile; and
WHEREAS, the 117 students involved in “Reflections of Freedom” have made an impact on this community by advancing to the Indiana State School Music Association Finals for the first time in school history; and
WHEREAS, It is fitting and appropriate that the citizens of this community recognize the marching band’s vital contribution to the area by providing outstanding music and marching, past and present;
NOW, THEREFORE, I, MARK SENTER, MAYOR OF PLYMOUTH on behalf of the City Council and the citizens of Plymouth, do hereby proclaim Saturday, October 30, 2010 as
Also cheering on the crowd was PHS Principal Jim Condon, Student Council President Megan Barron and Varsity Football Coach and PHS teacher John Barron.  Coach Barron took a bit to time to talk to the crowd gathered and then talked to the band members lined up on the track.  He talked to them as if he would if his football team were heading off to state.

Saturday morning well-wishers were on Michigan Street with signs and banners wishing the Pride of Plymouth the best of luck on their journey to State.

The band did an excellent job at Lucas Oil Stadium on Saturday afternoon and came home the 5th best marching band in the State of Indiana in Class C, a true honor and history making event for the school.