PHS Junior to Travel to Japan with People to People Program 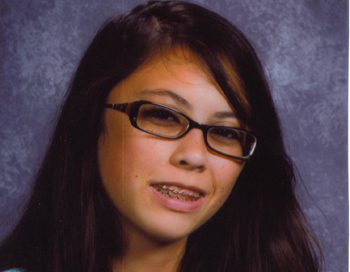 10/25/10 Whether it was just a coincidence or a wish come true doesn’t matter to Plymouth High School Junior Priscilla Hammonds. She was nominated to travel to Japan with the People to People Program next summer.

Priscilla’s father, Keith Hammonds, said he had been talking with his daughter about what she wanted to do after high school and college. He said, “Priscilla said she wanted to go to Japan and work there for a couple of years.” He added, “We couldn’t believe it when she got the letter inviting her to join the program.”

People To People brings together students from all over the world to build friendships and exchange cultural ideas.

The thought of getting to go near the birthplace of her mother, Alicia, is one of the reasons Priscilla is so eager to make the 14-day trip. Alicia Hammonds was born and raised in the Philippines.

In addition to the initial nomination, Priscilla had to obtain recommendations from two of her teachers and a letter of recommendation from another adult in the community. She also had to pass an interview by the program sponsors.

The cost of the trip is approximately $7000 which includes all transportation, housing, and meals. Priscilla said she knows she will have to work hard to fund the trip, but knows it will be worth it.

Besides being a top student, Priscilla is in Spanish Club, Acting, Alpha Delta Rho, Prayer Club, and the Multicultural Club at PHS. In her spare time, she is a serious Tai Kwon Do student and has reached a second degree black belt in her five years of training.

During the trip, the young ambassadors will stay in the home or family run inn of a Japanese family. Classes will include the history and architecture of feudal Japan, blending of technology and traditional values, World War II history, and intercultural values. They will also experience hiking on Mt. Fuji, riding a bullet train, practicing calligraphy and learning Kyogen Dance.

Anyone wanted more information on the program or to help to sponsor the trip can contact Priscilla at 574-780-7215. Donations can be forwarded to 1913 N. Michigan St., Suite F 123, Plymouth.