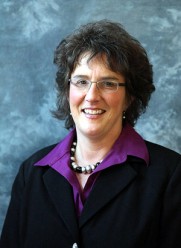 10/11/10 With uncertainty growing among the nation’s employers, payrolls fell by a net total of 95,000 jobs in September according to a report released today by the Department of Labor.  The jobless rate has now topped 9.5% for 14 straight months, the longest period dating back to the 1930s.

The grim economic numbers come on the heels of a week that has given Hoosiers more evidence that Joe Donnelly’s stimulus bill has been an abject failure. A report issued Thursday by the Social Security Administration’s inspector general revealed that $18 million in stimulus funds went to 72,000 people who were dead and $4 million in funds went to 17,000 prison inmates.1 The Department of Energy has also revealed that $2.3 billion in stimulus tax credits for ‘green’ projects actually went to foreign firms who employ workers primarily outside of the United States, including countries like China, South Korea and Spain.2

“The reports this week on the failed stimulus bill and the dismal jobs numbers out today cement the legacy of Congressman Donnelly and this Nancy Pelosi-led Congress,” said 2nd District Congressional candidate Jackie Walorski. “They asked the American taxpayer to foot the bill on an $800 billion stimulus bill they promised would create private sector jobs and get unemployment back under 8%. Instead, we now know that taxpayer dollars went to prisoners, went to dead people, and most hurtful of all – actually went to create jobs in China.”

“Hoosiers understand what it’s going to take to get our economy back on track – cutting spending, cutting taxes, and creating a stable environment where small businesses feel safe to grow and invest,” said Walorski. “I have a track record of doing that in Indianapolis and that’s exactly what I’m going to do in Washington.”

Reflecting that pro-business record, Walorski was also endorsed today by the National Federation of Independent Business’ political action committee. The NFIB is a leading small and independent business association representing thousands of businesses throughout the country. The NFIB joins the Indiana Chamber of Commerce and the Indiana Manufacturers Association in endorsing Walorski.