After a nine day investigation by Investigator Ted Brown and Detective Sgt. Leo Mangus two adults were arrested and two juveniles have been released to the custody of their parents.

19 year old Gage Hix of North Walnut Street and 20 year old Jonathon Tanner of Nutmeg Ridge were arrested Tuesday afternoon and lodged in the Marshall County Jail about 1 p.m. Both men have been charged with Cemetery Mischief, a class D felony. 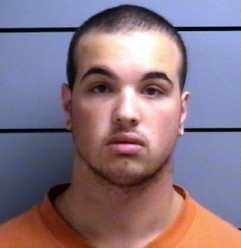 During the interrogations three of the suspects confessed to the crime.  The suspects indicated they had been drinking and had a discussion about tipping over gravestones in the cemetery.  They walked a short distance to the cemetery and conducted the vandalism.  The suspects said they went to the cemetery about midnight.  The estimates of time it took the complete all the damage varied from 20 minutes to upwards of 2 hours.

Police were able to solve this crime in a matter of days thanks to the community’s assistance.  As the reward money began to grow tips started coming into the police department.

Police Chief Jim Cox said, “The Plymouth Police Department would like to thank the public for being involved in this crime.  There were numerous tips and calls over the last several days with information about the vandalism.  Investigators would also like to thank Plymouth High School and the school corporation for their cooperation throughout this investigation.” 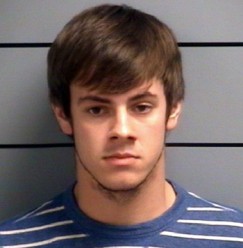 Hix is currently in the Marshall County Jail on a $1,000 cash bond while Tanner’s bond was set at $2,000 because he has a criminal case pending.  The maximum penalty for a class D felony 1½ years in jail.