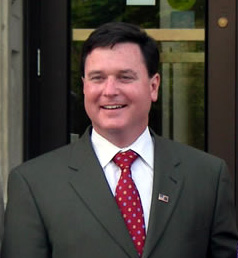 This week, all 254 nominated candidates running for seats in the Indiana General Assembly this November will receive a letter from Indiana Secretary of State Todd Rokita encouraging them to commit to redistricting reform if elected.

“The men and women who have put their names on the line to represent their fellow Hoosiers should also be willing to put people before politics,” said Secretary Rokita. “That starts with committing to fair, more competitive districts that better represent communities and promote competition.”

Last Fall, Secretary Rokita, who serves as Indiana’s chief election official, started a public awareness campaign called “Rethinking Redistricting.” The proposal calls on legislators to use new criteria in their duties to redraw Indiana’s legislative and Congressional districts in 2011.

The five key criteria to Rethinking Redistricting are:

In the letter, Secretary Rokita writes, “I believe redistricting reform is a threshold issue facing our state in 2011. As a potential member of the 117th Indiana General Assembly, you may be one of the 150 select Hoosiers who will determine the make up of the state’s legislative and congressional districts for the next decade.”

Secretary Rokita also encouraged each candidate to visit www.RethinkingRedistricting.com to learn more, or to contact his office.