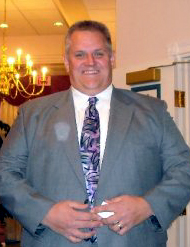 Mayor Senter said,  “This is a reflection of great leadership and hard work that is done by the City of Plymouth’s department heads.  Jim Marquardt has always been very accessible to the citizens of Plymouth and he deserves to be recognized.”

Jim Marquardt has been employed by the City of Plymouth since February of 1985 and became the Street Superintendent during Mayor Jim Yeazel’s term in January 2000.