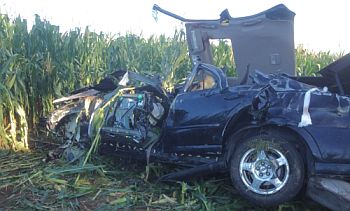 19 year old Mark Davis of Plymouth was traveling south on State Road 17 in a 2000 Lincoln LLS when he lost control of his vehicle and rolled several times before coming to rest in a cornfield. 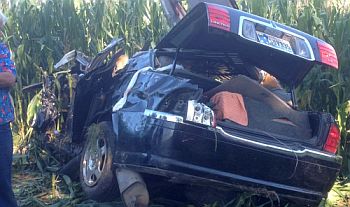 Witnesses reported that they had observed the vehicle traveling at an extremely high rate of speed just moments before the driver lost control of the vehicle and rolled it and it caught on fire.  Several goodhearted citizens threw dirt on the vehicle to extinguish the fire.

Mark A Davis had to be extricated from the vehicle and was flown from the scene to Memorial Hospital in South Bend. 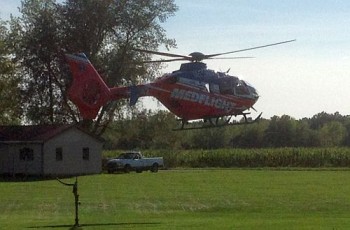 Assisting at the scene were officers from the Marshall County Sheriff’s Department, Culver Police, Fire and EMS and Plymouth EMS.