06/09/11 Citizens of Marshall County and especially Union and Green Townships are invited to attend an Open House presented by NextEra Energy Resources on Thursday, June 9th at the Argos High School Gym from 4:30 to 7:30.  NextEra is exploring the possibilities of building a wind energy facility in Marshall and Fulton Counties.

A representative from NextEra Energy Resources, a Fortune 200 company based out of Juno Beach, FL, told the Marshall County Commissioners last month that they are in the early stages of developing a project in Marshall and Fulton Counties.

Paul Dockery said the project they are working on would be 40 to 70 wind turbines with two-thirds being in Union and Green Townships in Marshall County.  He said their investment would be $180 million and that in the first 30 years they project paying $22 million in property taxes and another $23 million in land leases.   They also estimate $14 million in salaries and benefits for the permanent maintenance staff of approximately 8 full time people. 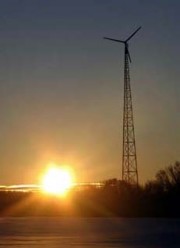 Dockery said, “A survey they conducted showed over 77% of the county supports the development although additional education is needed.”

Ten months ago NextEra Energy installed meteorological towers in preparation for the wind farm and has been in contact with several land owners.

The public will have an opportunity to find out more about the project by during an open house on June 8th that will be held in the Argos High School gym.  The open house will be from 4:30 to 7:30 p.m.