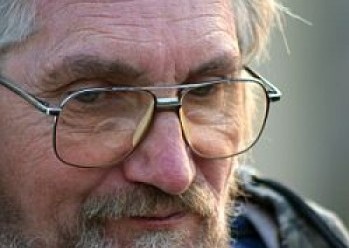 Friends and family members of Edward (Ed) Hahn are planning a benefit for him on Saturday, July 17th at the Walkerton American Legion, just off Highway 6 on the north side.

Ed suffered a massive heart attack in March after spending two weeks fighting what he thought was a cold that turned into pneumonia.  He learned after the fact, his symptoms were caused by mini heart attacks.  Ed’s doctor gave him no chance of making it through the night and his family said their goodbyes.  However, he amazed his doctor and walked out of the hospital 10 days later with a heart functioning at 20%.  He was told he would never be able to work again.  His doctor calls him a “Walking miracle.”

Today, Ed Hahn and his family’s joy is clouded with massive medical bills.  Ed did not have insurance.  Family and friends have organized this benefit to help the “Walking Miracle” with his bills, but most of all to celebrate his life!

Folks are invited to join in the fun on Saturday, July 17th from 4 p.m. to 10 p.m.  You’ll enjoy a hog roast and Mary Hahn’s famous chicken and noodles.  Dinner includes salad, dessert and soda.  Music will be provided by Sherry K, Jerry Mitchell and Dave Haycraft, and the Sulentic Brothers Band. They are planning raffles, 50/50 drawings throughout the night and a cash bar.  Tickets are $10 for adults and $5 for children 10 and under.

Ed Hahn is the older brother of Catherine Hahn, President of the Heartland Artist Gallery in downtown Plymouth.