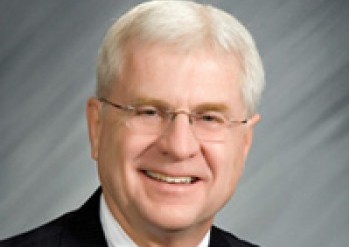 Justice Samuel Alito, writing for the 5-4 court majority, said the Second Amendment right to bear arms “applies equally to the federal government and the states.”

Two years ago, the court declared the Second Amendment protects individuals’ rights to possess guns, at least for purposes of self-defense at home. However, that ruling, which struck down a District of Columbia ban on handguns and a trigger-lock requirement on other guns, only applied to federal laws.

Charbonneau said gun rights advocates then filed a federal lawsuit challenging gun-control laws in Chicago and the nearby Illinois suburb of Oak Park – thought to be the nation’s last two remaining outright local bans on handguns.

In 2009, Charbonneau was among a large, bipartisan group of state legislators and other elected officials from all 50 states who signed a “friend of the court” brief supporting the position that Second Amendment rights apply in cases of state and local restrictions.

The brief, filed by the National Rifle Association, included signatures of 891 state legislators and other elected officials – including two governors and three lieutenant governors. Seventy-one Indiana legislators from both major political parties signed the brief, including Charbonneau and 18 Indiana Senate colleagues.

“We were hopeful the U.S. Supreme Court would follow the U.S. Constitution’s true meaning and rule in favor of allowing all law-abiding Americans the right to keep and bear arms,” Charbonneau said. “Today’s decision once again guarantees the Bill of Rights serves as the ultimate check on local ordinances as well as state and federal laws.”