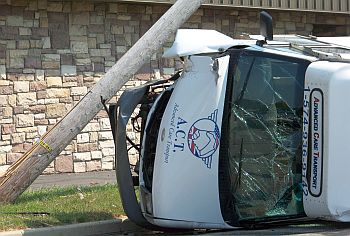 About 11:30 an A.C.T. Transportation Van was traveling west on Jefferson Street and in front of Quick’s Lanes Bowling Alley.  The vehicle broke off a utility pole and rolled onto the driver’s side.

A witness told Plymouth Police Officer Chris Miller, “The van just drifted of the street to the right and struck the utility pole.”

The female driver was wearing a seat belt and was able to exit the vehicle prior to emergency crews arriving on the scene.  She was back-boarded and loaded into the ambulance by Plymouth Paramedics. 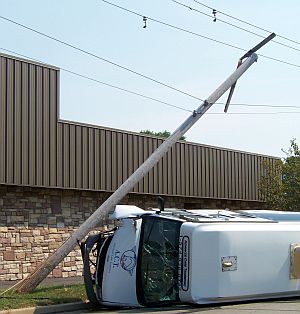 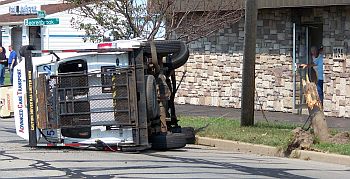 Traffic on West Jefferson Street was interrupted from 11:30 to 1:30 as NIPSCO crews had to replace the broken pole.