07/03/12 Last week members of the Marshall County Board of Health heard Jerry Fussell, Environmentalist discuss in detail three residents that have been deemed unsafe. 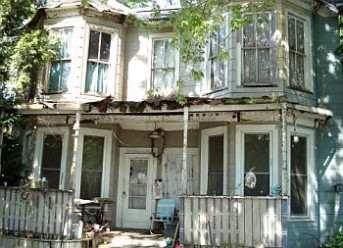 The first property is AT 534 Childs Street in Bourbon.  Town Board members Bill Keyser and Les McFarland appeared before the Health Board asking for assistance in taking care of the issues at the home.

Based upon complaints and an inspection the property it has been determined that the dwelling is unfit for human habitation because of broken windows, unsecured doors, a couple of cave-ins in the roof, and porch is ready to fall in and there is currently not running water in the residence.

The owner of the property, Nanette Long, currently lives in Southwilliamsport, Pennsylvania and contends that no one is living in the property although Keyser has driving by several times and seen lights on and dogs inside and then out. There is also a huge issue with odor that can be noticed at 60 feet away from the structure.

Fussell will do another inspection of the property on August 15th and will ask the property owner for permission to enter the structure. There was also discussion of working with Adult Protective Service in determining if the person living in the home is safe and healthy.  They will follow up with a judge for a court order if no cooperation is approved.  A second motion was approved to give the homeowner until August 15th make the property save and secure. 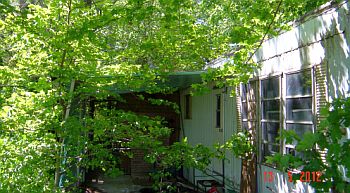 The second property is on 12th Road and owned by JoAnn Foster of Crown Point.  This property has also been determined to be unsafe because of inadequate maintenance of the dilapidation, decaying and damaged 1962 trailer.  There are broken windows, unsecured lean-to, deteriorating structural supports and skirting falling off.

During the hearing on June 26th it was noted that Foster wanted to rehab the property but with no electric or water for years there is concern that the structure cannot be brought up to standard.  She has hired a contractor but since this is the second time in the last 12 months that the health department has been contacted the board motioned to proceed with legal action if nothing is done within the next two weeks. 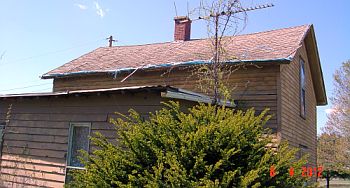 The final home at 4170 Lilac Road in Plymouth is owned by Shunix Coa who now lived in China.  Fessell explained that the basement entrance is deteriorating and unable to prevent illegal entry.  Siding is pulling away from the structure and there are ongoing maintenance issues.

The board motioned to move forward with court action.  It was also noted that the property is delinquent on its taxes.