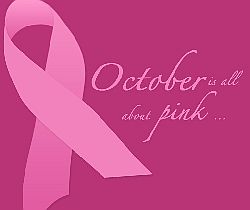 10/05/12 Mayor Mark Senter has proclaimed to the citizens of Plymouth to Turn Plymouth Pink in October.  His proclamation follows:

WHEREAS; Breast cancer is the most common cancer among women in the United States, other than skin cancer, and

WHEREAS; The National Cancer Institute estimates in the United States more than 200,000 women will be diagnosed with breast cancer this year and more than 40,000 people will die, and

WHEREAS; Research has shown that taking advantage of early detection methods such as mammography and clinical breast exams could help drop the cancer rate by as much as 30 percent, and

WHEREAS: Nancy Jaynes was a champion in the fight of Breast Cancer in our community.  She wanted to create awareness to her community by sharing her fight, and

THEREFORE: I, Mayor Mark Senter, and the City Council Members of Plymouth do hereby proclaim October, 2012;

in honor of Nancy Jaynes and all of the heroes who have fought the Breast Cancer fight. We encourage all residents to help raise awareness about breast cancer by supporting this proclamation and wearing pink on every Friday during the month of October.