06/11/12 The 4th annual Tri Ancilla event was held on Saturday, May 19th, under sunny skies and warm temperatures. A field of 140 participants from five different states converged upon Ancilla College and the Poor Handmaids of Jesus Christ Ministry Center for Ancilla College’s annual sprint triathlon.

Men and women, ranging in age from 15 to 87, participated in a 500 yard swim, 11 mile bike ride, and a 3.1 mile run that toured the Donaldson-based campus and surrounding areas.

“The Tri Ancilla event is growing each year, and it is exciting to see so many new people finding their way to our beautiful campus.  The planning committee and multiple volunteers all worked together to put on a well-organized and enjoyable event,” said Todd Zeltwanger, Executive Director of Institutional Advancement at Ancilla College.  “We look forward to seeing the event grow every year, which is good news for our student scholarship and tuition assistance programs.  My thanks to all who helped to make the day go so smoothly and to our sponsors for their support.”

Zeltwanger made special mention of the efforts of Brad Serf, Don Allen, and Pete Colan, who Zeltwanger referred to as “key components of the planning committee.”

Likewise, he commended the efforts of Susie Black and the staff at the Poor Handmaids of Jesus Christ Ministry Center for “working very hard to provide a safe and enjoyable environment for participants and spectators alike.”

Prizes were awarded to the top male and female finishers, as well as the winners of various age groups. 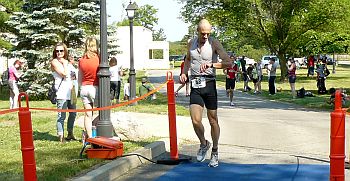 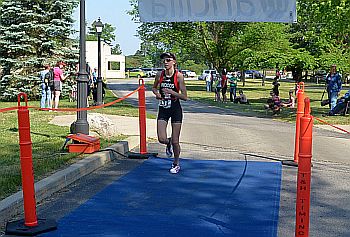