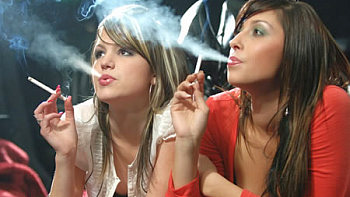 12/13/13Indianapolis – Fifteen years after the 1998 state tobacco settlement, Indiana ranks 31st in the nation in funding programs to prevent kids from smoking and help smokers quit, according to a national report released today by a coalition of public health organizations.

Indiana currently spends $5.8 million a year on tobacco prevention and cessation programs, which is 7.3 percent of the $78.8 million recommended by the Centers for Disease Control and Prevention (CDC). Other key findings for Indiana include:

•  Indiana this year will collect $536.9 million in revenue from the 1998 tobacco settlement and tobacco taxes, but will spend just 1.1 percent of it on tobacco prevention programs. This means Indiana is spending a penny of every dollar in tobacco revenue to fight tobacco use.

•  Indiana’s current funding for tobacco prevention represents a 38 percent cut since last year, from $9.3 million to $5.8 million, and an overall funding cut of 64 percent since 2008.

•  The tobacco companies spend $271.7 million a year to market their products in Indiana. This is 47 times what the state spends on tobacco prevention.

The report assesses whether the states have kept their promise to use a significant portion of their settlement funds – estimated to total $246 billion over the first 25 years – to fight tobacco use. The states also collect billions more each year from tobacco taxes.

Indiana once had a highly successful tobacco prevention program that helped reduce smoking among high school students by 36 percent since 2001, to 18.1 percent in 2011. Despite that progress, funding for the program has been cut multiple times in recent years and Indiana is now spending barely 7 percent of what the CDC recommends for tobacco prevention.

In addition, Indiana’s cigarette tax of 99.5 cents per pack ranks 32nd in the nation and is below the national average of $1.53 per pack.

“Indiana has gone in the wrong direction in recent years when it comes to protecting kids from tobacco. Unless Indiana’s leaders act quickly to restore funding for tobacco prevention, the state will pay a high price with more kids smoking, more lives lost to tobacco and higher tobacco-related health care costs,” said Matthew L. Myers, President of the Campaign for Tobacco-Free Kids. “Tobacco prevention is a smart investment that saves lives and saves money. Indiana is being truly penny-wise and pound-foolish when it shortchanges tobacco prevention programs.”

Nationally, the report finds that most states are failing to adequately fund tobacco prevention and cessation programs. Key national findings of the report include:

•  The states this year will collect $25 billion from the tobacco settlement and tobacco taxes, but will spend just 1.9 percent of it – $481.2 million – on tobacco prevention programs. This means the states are spending less than two cents of every dollar in tobacco revenue to fight tobacco use.

•  States are falling woefully short of the CDC’s recommended funding levels for tobacco prevention programs. Altogether, the states have budgeted just 13 percent of the $3.7 billion the CDC recommends.

Tobacco use is the number one cause of preventable death in the U.S., killing more than 400,000 people and costing $96 billion in health care bills each year. Nationally, about 18 percent of adults and 18.1 percent of high school students smoke.

More information, including the full report and state-specific information, can be obtained at www.tobaccofreekids.org/reports/settlements.