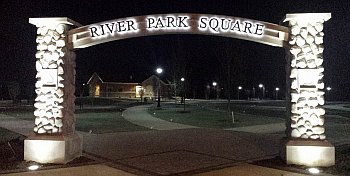 Tuesday evening members of the Plymouth Redevelopment Commission determined how they will pay for the city’s share of the Metronet project.
The Redevelopment Commission pledged the funds necessary for the project but had not determined which TIF Districts would pay and how it might be split between the three.
City Attorney Sean Surrisi said the city’s portion of the project is $925,428.05. Marshall County is contributing $37,513.76 leaving a balance of $887,914.29. After careful consideration and consultation with the Clerk Treasurer Toni Hutchings, the commission determined the best course of action would be to pay the entire project out of TIF District #1 which was established in 1993.
The clerk will establish a new fund and all expenses and purchases associated with the Metronet fiber-optic conduit project will be paid from the fund.
In other business, City Attorney Sean Surrisi reported on the River Park Square project. Mike Reese of Troyer Group indicated there are still a few punch list items to complete the project. Surrisi said, “We should have everything wrapped up by the next meeting and we will be looking for a final pay application and releasing of the retainer.”
Commission member, Nancy Felde asked about the guarantee for plants, shrubs and trees in the project. She expressed her concerns that some of the landscaping plants are not going to make it and wanted clarification that they would be covered under the warranty.