Supreme Court Ruling on Crowel vs MC. Drainage Board 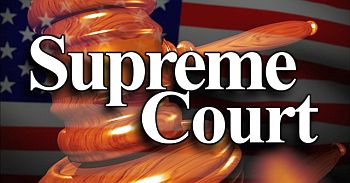 The history of this case shows that Thomas Crowel appealed the Drainage Board assessment for his portion of the drainage reconstruction project on the 7th arm of the Myers Drain in Walnut Township.  The assessment on Crowel’s 26 acres of farmland was set at $7,055.41.  Estimated cost for the complete project was $114,474.

In March of 2010 the County Drainage Board determined the reconstruction would be beneficial to all involved and ordered the project to commence.  At the end of that month Mr. Crowel filed a petition for judicial review in Marshall Circuit Court contending the decision of the Drainage Board was arbitrary, capricious, unlawful, and not supported by substantial evidence.   The trial court heard counsels’ arguments and considered the matter solely on the record of the Board’s proceedings.  At the end of September 2010 the local court ruled affirming the Drainage Board’s decision.

Crowel took his case on to the Court of Appeals who reversed the local decision in a 2 – 1 decision.  Writing for himself and Judge Kirsch, Judge Mathais held “that, as a matter of law, relieving the lower-lying parcels from flooding occasioned by the natural flow of surface water from Crowel’s property does not benefit his land and, therefore, cannot form the basis of the reconstruction assessment levied against him.”

Because of the seriousness of dealing with the State of Indiana Drainage Laws the decision was made by the Marshall County Drainage Board with assistance from the Indiana Association of Counties to move the case on to the Indiana Supreme Court.

County Attorney Jim Clevenger said the opinion from the Court was rather long but upholds the assessment.  He said the opinion will probably be reviewed by Drainage Board attorneys and surveyors all over the State of Indiana.