12/12/11 After several weeks of reviewing resumes’ and interviewing potential candidates for the superintendent position, the Union-North United School Board has narrowed the field down to two candidates. The two candidates being considered are Greg Briles and Mitch Mawhorter.

Board member David Grenert said they received several resumes’ from what he considered excellent candidates. The Board had used the services of the University Placement Team for obtaining applications and recommendations.

Lauck has also been serving as a voucher implementation liaison and private contractor with the Indiana Non-Public Education Association as a liaison between non-public schools and the Indiana Department of Education.

The board was prepared to issue a press release on or near December 9 that included the name of Lauck as one of three candidates for the Union-North superintendent position. However, following the December 9 board meeting, Lauck withdrew her application. Board President Mark Dickson said, “She has decided to return to school to pursue a doctorate degree at Ball State University as well as other interests.”

The Board had initially indicated that they hoped to have a permanent superintendent in place at the beginning of the second semester in January, 2012.

At this point, the Board has not  declared a time-table for the new hire.

Lauck has agreed to continue in the position as long as she is needed, according to Dickson. 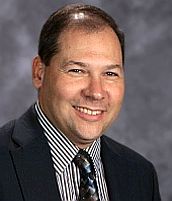 Gregory (Greg) Briles is currently the Principal of Oregon-Davis Jr. /Sr. High School where has served since 2002. Previous experience includes two years as Assistant Principal at John Glenn High School, Director of Technology for one year, Technology Coordinator for two years, and an Industrial Technology teacher for three years at Knox Community School Corporation. He also taught industrial technology and physical education for one year at North White School Corporation. 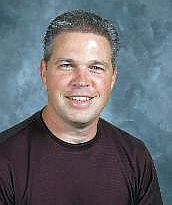