On June 27th arrest warrants were issued through Marshall County for former Stone Creek Home President and CEO 61 year old David Ferguson and the company’s CFO 70 year old Alan Donohue who operated a facility in Nebraska. The warrants were issued following a Grand Jury that was held earlier this year and handed down multiple indictments on each one.
Monday evening both Ferguson and Donohue surrendered at the Marshall County Jail. There were booked in and immediately released on cash bonds set at $15,005 each. They will each be in Marshall Superior Court I today for their initial hearings. 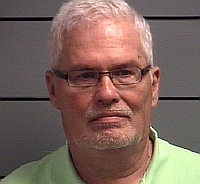 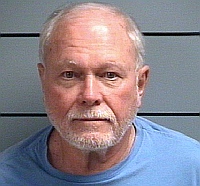 Donohue has been charged with one count of aiding in the commission of a theft as a class D felony, six counts of theft as class D felonies, a count of conspiracy to commit receiving stolen property as a class C felony, and three counts of corrupt business influence also class C felonies.
In August 2011 the announcement was made to the community that Stone Creek would be partnering with Shamrock Homes who had closed their door in February of that year. The new company would build man-camps for the gas and oil industry. Orders were coming in and the hiring process got underway with overwhelming success.
Stone Creek joined groups in the community including United Way and the PIDCO board. They treated their employees to a Christmas party and a summer picnic and big Halloween party. The end of May 2012 things fell apart and the 45 employees were told there was a layoff.
The next day Ferguson was gone. His rental home was empty, cell phone was disconnected, the computer in his office at Stone Creek was gone along with his personal items being cleared out.
Donohue walked away from the Nebraska plant the same way.
Ferguson and Donahue are scheduled to appear in Marshall Superior Court I today for their initial hearings.