Hay Trailer Stolen on 15B Road 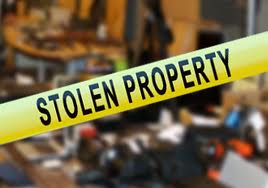 09/25/13  On Monday, September 9th at approximately 8:30 a.m. Marshall County Sheriff’s Deputy Rob Hafke took a theft report from a  property owner  on 15 B Road.  The property owner stated that unknown subjects had stolen a hay trailer that is made from an old mobile-home frame.  It was described as approximately 40 feet in length and rust colored.  It has an “H” shaped section of metal on the rear to hold round bales of hay from falling off.  The “H” is painted in yellow with an orange triangle.   The trailer also has a wagon pin style hitch on front along with 3 axles.

Anyone with information pertaining to this or any other crime is asked to call the Marshall County Sheriff’s Department at 574-936-3187.