Federal Lawsuit Against 3 Deputies and Sheriff 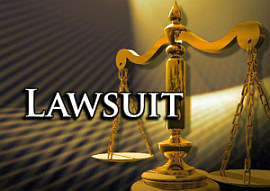 Deputies Jonathon Bryant, Joseph Giordano, and Jordan Rans are named individually for an incident which occurred on November 4, 2013. Chamberlin is being sued in his official capacity as sheriff and final policy making authority for the Marshall County Sheriff’s Department.

Gregory Shortt and wife Kimberly Shortt, along with Kimberly’s daughter Constance Bradley reside at a residence on Twelve Road in rural Plymouth.

Kimberly Shortt is also the mother of Zachary Bradley who shared an apartment on Adams Street in Plymouth with his girlfriend, Adrien Prockno, at the time of the incident.

The only details available at this time are the allegations laid out in the lawsuit.

According to allegations included in the lawsuit filing, Bryant, Giordano, and Rans knocked on the door of the Twelve Road residence and announced themselves as Marshall County officers. Kimberly Shortt and Bradley indicated that they were getting dressed. Prockno had entered the home prior to the arrival of law enforcement. They allege that the deputies forcibly entered the home with no warrant, weapons drawn and did not state the reason for entering. At some point, Kimberly Shortt, Bradley and Prockno were handcuffed and eventually escorted from the home by an Indiana State Police officer.

Gregory Shortt arrived at the residence and was informed by law enforcement that it was believed that Zachary Bradley was hiding in the attic and that there was a warrant for his arrest. Bradley had been released from incarceration in March, 2013 and was on probation. A warrant was issued for Bradley in July, 2013 in relation to an issue with his probationary status. His family had been made aware of the warrant for Zachary Bradley in the autumn of 2013.

Gregory Shortt, Kimberly Shortt, and Constance Bradley were not charged with any crime. It was noted in the verbiage of the lawsuit, that Prockno was observed being taken away from the scene by Indiana State Police.

Included in the lawsuit is the following: “Collectively, the Plaintiffs have suffered damages but not limited to medical expenses, lost wages, pain and suffering, mental distress, and loss of reputation”.

The lawsuit also outlines allegations of a history and pattern of abuses that have been directed to the Plaintiffs by law enforcement.

The Plaintiffs are seeking a trial by jury.