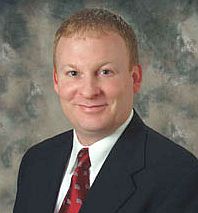 02/15/12 State Senator Randy Head (R-Logansport) was recently named “Legislator of the Year” by the Indiana Association of Chiefs of Police (IACP) to honor his support of public safety and tougher criminal sentences in Indiana.

The organization credited Head for his authorship and dedication to the landmark human trafficking bill which was signed into law by Gov. Daniels on Jan. 30 – in time to take effect for the Super Bowl.

Head’s Senate Bill 4 makes it unlawful to arrange for a person to participate in any forced sexual act. It was a key preventative measure that addressed concerns when large, highly-publicized events like the Super Bowl come to town, because they often attract prostitution rings and other illicit behaviors.

While serving in the legislature, Head has been dedicated to protecting children from predators online and closing loopholes in the criminal code by authoring several bills.

“I am always grateful whenever I receive an opportunity to support and improve law enforcement in our state,” Head said. “I appreciate the recognition by the Chiefs of Police. I know the difficulty of their jobs and how hard they work. I stand ready to help continue the fight on behalf of public safety.”

The mission of the IACP is to promote professionalism, training and networking for the law enforcement executive and to enhance public awareness of law enforcement and public safety issues. IACP is an individual member organization consisting of ten local districts within the State of Indiana.  Each district has its own elected two-year representative on the Board of Directors which develops policies and programs for the membership as a whole.