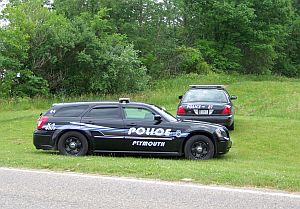 Officer Ted Brown was on routine patrol when he recognized a male walking down the street that had an active warrant out for his arrest.  A tip throught he police department warned that the suspect may have been armed. As Officer Brown turned his vehicle around to stop the subject the male took off running and headed down the walking path behind Kroger’s headed toward the Northgate Trailer Park.

Officers from the Plymouth Police Department and the Sheriff’s Department set up a perimeter and searched the area for nearly an hour.  The City’s K9 Rex was used but wasn’t able to pick up a trail or flush out the suspect. 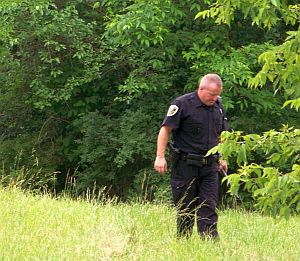