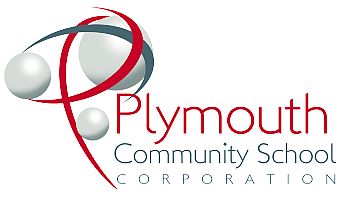 10/05/11 The Plymouth School Board has given a nod of approval to what could be a $2 million construction project for the proposed New Tech High School within Plymouth High School.

A public hearing was conducted during the regular board meeting October 4. Presenting the project was Brain Bohlender of Barton.Coe.Vilamaa Architects & Engineers and Belvia Hiadari of H.J. Umbaugh & Associates.

Bohlender displayed several different preliminary digital drawings of how the actual space that would need to be  renovated might be configured. He said they are only in the conceptual level of the project.

If the drawings presented are used, the two-story complex would have six classrooms, and a possible entry and reception area, restrooms, custodial space, service and utility corridor, administration offices, a new stairwell, new elevator, and an open theater. A “learning wall” giving the history of the school and the project along with community donors could  also become part of the project  Bohlender said they will begin to get the staff that will be working in the New Tech High School more involved as they begin drafting the positions of doors, windows, and other parts of the project.

The actual space that would be renovated is currently occupied by the pool and locker space.

When the New Tech opens in the 2012-2013 school year, only 100 students will be enrolled. Plans are to enroll 100 students each year thereafter, with a maximum of 400 students.

Audience member Mike Bernaro asked if the final cost could be more or less than projected. Bohlender indicated that the assumption by Bernaro was correct in that it could be less. Board member Larry Pinkerton said, “The cap we’re going to live with is $2 million.” He added, “We’re going to work diligently to make sure the cap is set.”

Hiadari presented the financial information . She said the estimated project costs are indeed $2 million. Of that figure, construction costs are estimated to be $1,761,000. Additional costs in design/engineering fee, printing costs, testing  and other construction related costs, and bond issuance costs would increase the estimated cost to $2 million.. She said, “Funding would be a General Obligation Bond of 2011.”

Both Hiadari and Plymouth Schools Assistant Superintendent, Rodger Smith, told those present that the bond is being considered with a seven-year payback. Smith said, “The legal documents will give us the option to repay up to 11 years.” Following a seven-year payback schedule, the interest costs would be $227,419.50.

Board members Melissa Christianson, Frank Brubaker, and Larry Pinkerton voted to proceed with a preliminary bond resolution. Todd Samuelson, board member and partner in Umbaugh & Associates , abstained from the vote. Larry Holloway, board member, was absent from the meeting.