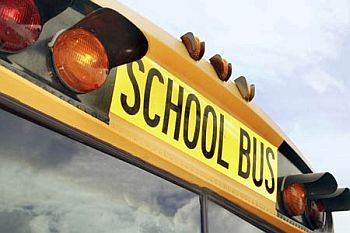 10/03/11 Just five years ago the Plymouth School District was so out of balance that Washington Elementary did not have a Title I teacher or aides. As the 2011-2012 school years starts there are concerns with an out of balance situation,  but this time it’s Webster Elementary and Menominee Elementary that are getting dangerously close to losing their Title I services. Because of this, Superintendent Daniel Tyree feels that it’s important to take a close look at the shifts in population within the school district and make possible adjustments through re-districting for the 2012-2013 school year.

Heading up the effort will be demographer Dr. Jerome McKibben. McKibben provided the information and projections used approximately five years ago for re-districting. According to Tyree, McKibben will be in the area in mid-November to begin the process of enrollment projections, boundary modifications, and demographic analysis and migration.

The McKibben Demographic Research was founded in 1989. To his credit, McKibben has successfully completed over 200 schools district projects with populations ranging in size from 5,000 to 650,000 people. The firm also performs demographic studies for city planners and developers.
The actual re-districting, if warranted, could affect the student population of each of the four elementary schools in the Plymouth system. Students in grades kindergarten through 4th grade attend one of the elementary schools and then all converge into Riverside Intermediate for grades 5-6.

The demographic study will also include projections of students from private schools that are within the school district.

Adding to the considerations will be the opening of the Discovery Academy that will be opened in 2012-2013 school year in the building currently occupied by Washington Elementary. Although the actual process for acceptance into Discovery Academy has not been totally decided, students who would attend elementary schools from all of the school district could apply. The number of students accepted would be based on a number of criteria including those used for determining re-districting.

Tyree said McKibben will be presenting his findings and projections in public meetings and seeking input from the local community. The meetings are scheduled for Wednesday, November 16, and Monday, December 12. Both meetings will be held in the Menominee Elementary cafeteria at 6:30 p.m.