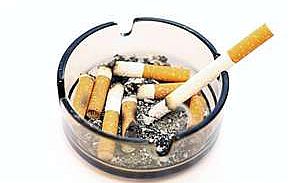 08/11/11 Less does mean more for Indiana in regards to smoking.  For the second consecutive year, the smoking rate for Hoosier adults is getting lower, which means more are getting healthier.  According to new data from the 2010 Behavior Risk Factor Surveillance System (BRFSS), the smoking rate in Indiana has decreased by 23 percent from 2001-2010.

This is encouraging news for the State of Indiana, because tobacco free living is cited as one of the most important steps people can take to improve their health.  In 2001, the smoking rate in the state was 27.4 percent.  State health officials report that the newly finalized 2010 BRFSS data show the smoking rate for Hoosier adults dropped from 23.1 percent in 2009 to a new historic low of 21.2 percent in 2010.

BRFSS is the state-based system of health surveys that collects information on health risk behaviors, preventative health practices and health care access primarily related to chronic disease and injury.  Although the change between 2009 and 2010 is not considered statistically significant, the new adult smoking prevalence is the lowest adult smoking rate since the BRFSS began gathering data on Hoosiers in 1984.  The overall decrease from 2001 to 2010 is a statistically significant decline.

“We are incredibly happy to announce a drop in Indiana’s smoking rate for the second year in a row,” said Karla Sneegas, Assistant Commissioner of Tobacco Prevention and Cessation and the Indiana State Department of Health.  “Over the past 10 years, the smoking rate dropped from 27.4 percent to a new low of 21.2 percent, but there is still work to be done.”

According to the Centers for Disease Control and Prevention (CDC), the national median for smoking in the United States was 17.3 percent in 2010.  Utah has the lowest smoking rate at 9.1 percent and West Virginia the highest as 26.8 percent.

Last year, 60 percent of Hoosier smokers tried to quit smoking for at least one day or longer.  This demonstrates progress in reaching tobacco users to take that all important step of trying to quit.  One way Hoosiers can take that step is to sign up for the Quit Now Indiana contest, where adult tobacco users can sign up and make that attempt to quit using tobacco and in the process try and earn the chance to win cash prizes for quitting.

Sneegas said the new 2010 Indiana smoking rate validates the hard work underway in Hoosier committees to end tobacco use.  It is important to recognize these reductions did not occur overnight and required hard work and commitment on the part of the Indiana State Department of Health and the efforts of the Tobacco Prevention and Cessation, its grantees, and the Quit Now Indiana Preferred Network of healthcare providers and employers.

“Indiana’s commitment to community-based work and tobacco policy change together with our outreach directly to smokers through the Indiana Tobacco Quitline is paying off for all Hoosiers,” said Sneegas.  “By focusing our attention on exceptional local and state programs, we are making a great investment in the health of our state and helping to ensure a better future for our children and Hoosiers everywhere.”

To learn more about smoking cessation efforts in the state, please visit the Indiana State Department of Health’s website at www.statehealth.in.gov.