Local Alcohol Board Votes Against Permit for Speeway 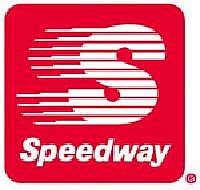 08/08/11 The members of the local Alcohol Beverage Board of Marshall County held true to their belief that the community does not need another outlet for beer and wine sales. On Tuesday, they voted against a request for a beer and wine permit by the Speedway located on North Michigan Street in Plymouth. Although board members Vida Creed, Maria Keller, and Katie May cast no votes, Indiana State Excise Officer Michelle Traughber did cast a yes vote.

However, the matter is anything but a done deal. The request, along with the ruling by the Marshall County Board, was forwarded to Indianapolis where the state Alcohol and Tobacco Commission will review and rule.

The only audience member at the hearing on August 2 was Speedway Manager Trella McGee.

According to state records, Speedway stores hold some 100 beer and wine permits at various locations.

That request was also turned down on an identical vote.

The matter was then referred to the state board where the local opinion could be upheld or overturned.

In November of 2010, Mike Berrier, special project manger for Family Express, appeared before the board to request an alcoholic permit for the Family Express store located on the corner of Oak Road and Jefferson St. in Plymouth. However, the local board was not persuaded and motioned 3 to 1 to deny the permit. Creed, May, and Keller all voted against the permit, while Traughber voted in favor of the permit.

When the matter was considered by the state commission on November 16, 2010, they voted unanimously to uphold the local board decision and deny the new permit.

But in February of 2011, the Indiana State Alcohol and Tobacco Commission held an appeal hearing. Following that hearing, the state board voted in approval of the permit.

The local board has been asking the public to either speak at the public hearings or provide a written statements either for or against requests for permits for convenience stores.

In denying the permit for Speedway, Creed, Keller and May said they did not believe another permit was needed at the location and the community is not in favor of allowing permits at convenience type stores.

The permit being sought by Family Express and Speedway is commonly termed a grocery store permit.