Encore opes Music in the Park with Wilderness Songs 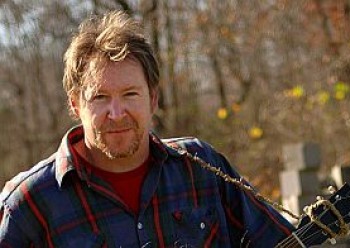 Encore Performing Arts will be kicking off their 2010 season with Music in the Park at the Young Amphitheater on Friday, July 2.  This year, the park series will be on Fridays during the month of July.

Wilderness Songs, a group of folk artists who sing tales about America’s settlement start the season and offer an evening of songs and stories inspired by the history of settling the American wilderness between the Revolution and the Civil War.

The inspiration for the music was “Wilderness Plots”, a book written by Scott Russell Sanders, distinguished professor of English at Indiana University until his retirement in 2009 and an award-winning author. He has written more than 20 books and will be on hand to narrate portions of the performance. The fifty brief tales chronicle the period of settlement of the Ohio Valley, roughly 1780 to 1850.

The joint effort was the subject of a PBS documentary which aired in 2009 and won a regional Emmy.

The Indianapolis Monthly described Grimm as “not only a terrific country-folk singer (think of a mellow Bruce Springsteen with the sincerity and clarity of Johnny Cash) but also a compelling, observant songwriter who understands how to balance the personal and the universal.”

This is also a program that will appeal to fourth-graders studying Indiana History as well as history buffs of all ages.

“Wilderness Plots is a gift to teachers and students of all ages, a chance to build a bridge to the past and better understand the present, to teach history that will be recalled well after the test is taken,” commented Dr. Melissa Keller, an education professor at IU.

To learn more about the group and hear excerpts of their music, go to their website at www.myspace.com/wildernessplots.

Encore is grateful for the generosity of Centier Bank for being the major sponsor for the event.

Bring a lawn chair, your favorite beverage and a picnic to enjoy this special music in a delightful setting. If you don’t want to cook, Delta Theta Tau will once again be offering refreshments—each performance having a special that reflects the group performing.

As in years’ past, gates open at 6:30 with the performance at 7:30. Tickets are $10 for adults in advance and $15 at the gate. Children and K-12 students are free. Tickets are available at the Encore Office, A.S.K. for Flowers, Plymouth Chamber of Commerce and Plymouth Park and Recreation Department.