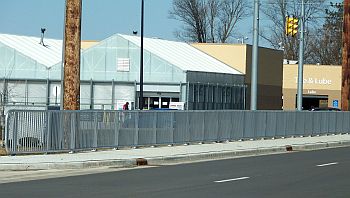 03/01/12 Last month members of the Plymouth Redevelopment Commission heard concerns about the recently installed handrails along the west side of the Oak Drive Improvement project.  The project which widened the roadway to 5 lanes, added curb and gutters and sidewalks and was federally funded with matching funds from the Plymouth Redevelopment Commission. 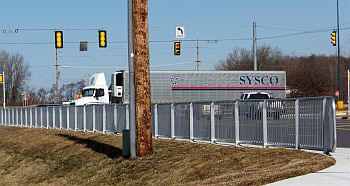 Mayor Mark Senter said he had received an email complaint noting that the concerned citizen could not see oncoming traffic as you pull from the parking area southbound onto Oak Drive from the southern entrance. 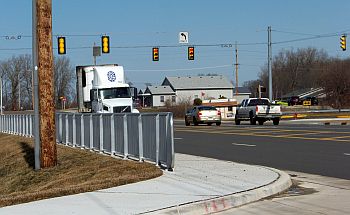 The handrails were placed at the backside of the sidewalk protecting users from the steep bank. 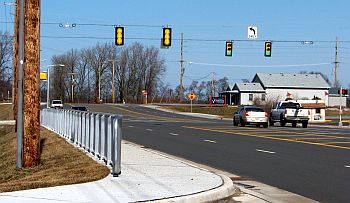 City Engineer Rick Gaul said he was going the check the site distance and review the plans to determine if they were placed appropriately.

In other business the Plymouth Redevelopment Commission received an update and request on the Pine Road Water Treatment Improvement Project.

City Utility Superintendent Donnie Davidson said Commomwealth Engineering has the preliminary engineering 95% complete.  Recently they drilled two potential test wells and only one was close to meeting the standard of 1,000 to 1,400 gallons per minute and a minimum of 20 feet of a gravel and sand formation.  Davidson said there was a recommendation to drill another test well in another location on the property.  The authorized the additional work and ultimately had to have a fourth test well done before a suitable site was located.