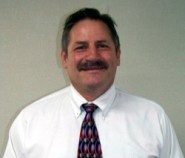 On September 16, 2014  a Grand Jury in Marshall County returned and indictment for theft as a class D felony against Neal R. Haeck, the former County Highway Superintendent.

The one count indictment alleges that during 2012 and 2013 Haeck exerted unauthorized control over County property.  The allegation surrounds the sale of scrap metal valued at approximately $12,350.00.

Haeck’s initial hearing for a Pre-Trial Conference was scheduled for October 21st in Marshall Superior Court I but was continued until November 12th.

It should be noted that the Judge automatically enters a plea of not guilty on behalf of defendants.

The Prosecutor’s Office strongly emphasizes that an indictment is only an allegation and Mr. Haeck is presumed innocent unless proven guilty beyond a reasonable doubt in a court of law before a judge or jury of his peers..