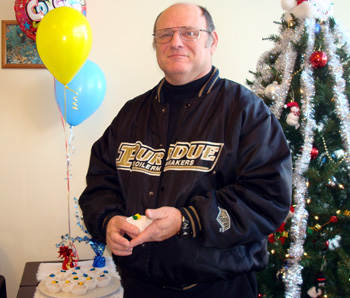 12/31/10  LaFree Physical Therapy celebrated nine years of service to the community on     December 27. When John LaFree entered the classroom in 1992, his dream of providing physical therapy to those in need began.

The practice that offers outpatient services started in a 12 foot by 52 foot modular unit. Mary Ann Colvin of LaFree said, “As our reputation grew so did our need for additional space.”

On January 19, 2004, they moved to their current site on Miller Drive next to the Indiana License Bureau.

Earlier this year, they opened an additional facility to serve the Warsaw area. Colvin said, “We opened the second facility on April 10 to expand our services and improve the efficiency of our practice.”

Several current and former patients were on hand on Monday to share in the celebration.