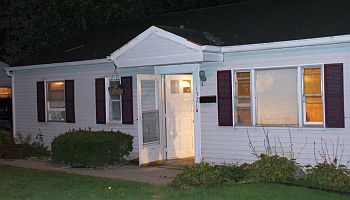 09/16/10 Wednesday night about 8:30 Plymouth Police and members of the MAD (Multi Agency Drug) Unit from Bremen served a search warrant at 1521 Lake Avenue, directly across from Washington School.

Complete details have not been released but officers confiscated several bags of a green leafy substance believed to be marijuana from inside the home.

In the home at the time police served the search warrant were four juveniles and an 18 year old male.

The home at 1521 Lake Avenue is owned by David Lee Roth who had left the home just before police arrived to serve the warrant.   Officer Derek Workman followed the suspect and conducted a traffic stop on Roth and brought him back to the scene.

David Lee Roth and 18 year old Paul Siddall were arrested and transported to the Marshall County Jail where they were booked for dealing and possession of over 30 grams of marijuana. 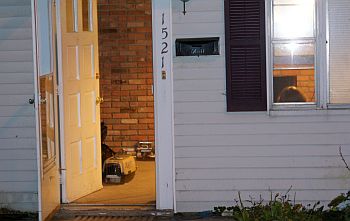