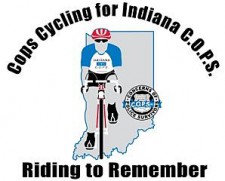 Two local Indiana State Troopers from the Bremen Post are staged to ride in the annual Cops Cycling for Survivors bike tour that kicks off July 13 in Indianapolis.  This event takes place over 13 days as the cyclists tour Indiana riding an average of 70 miles per day in an effort to raise money for the families of fallen officers in Indiana.

This year Bremen Post Trooper Andy Cochran and Sergeant Ryan Lebo will be riding in the first three days of the tour.  The first leg of the event begins at the Indiana Law Enforcement and Fire Fighters Memorial in Indianapolis and ends in Tipton.  From there Lebo and Cochran will ride in two more stages that take them to Bluffton and then Angola for a total of 226 miles. 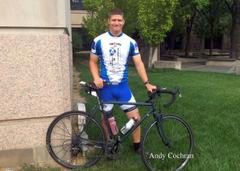 Cochran has been a member of the state police since graduating from the academy in 2007.  He is currently assigned to the State Police Meth Suppression Section and lives in Warsaw.  Cochran has been riding for the past five years and competes in several mountain bike and adventure races annually.

This will be the second year Cochran has participated in the COPS cycling event.  When asked why he was participating, Cochran stated, “I am doing this for the families.”  He added, “During the ride, at almost every stop you meet surviving family members which is extremely humbling.”  It is an awesome feeling to let them know that their sacrifice has not been forgotten, Cochran remarked. 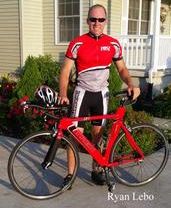 Lebo, a 16-year veteran of the state police, is the Marshall County squad sergeant for the Bremen Post and resides in Plymouth.  He has been riding competitively for two years and during this time has participated in six triathlons.  Lebo estimates that he rides his bike about 400 miles a month.

This will be the first time that Lebo has ridden in the event.  He commented that this event is different than what he typically trains for.  Lebo said, it’s not about finishing first or improving your time, it’s about the families that have been left behind.  “What better way to get involved in raising money for a great organization than riding a bike for the families of our fallen officers,” he added.

If you are able to donate and support Andy and Ryan please visit the website atwww.copscycling4survivors.org and click on the red “Donate” tab in the upper right corner.  Here you will find instructions on how to donate to your rider.