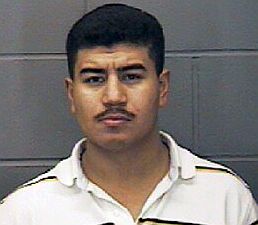 09/13/11 The Special Agent in Charge of the Indianapolis Division of the Federal Bureau of Investigation (FBI) announced today that a reward of up to $5,000 is being offered for information that leads to the arrest of LUIS GERARDO GARIBAY-SALAZAR, age 24, of Elkhart, Indiana.

GARIBAY-SALAZAR is charged in a two-count indictment with distributing cocaine in 2008 in the Elkhart, Indiana area.  A federal arrest warrant has been issued in the Northern District of Indiana for GARIBAY-SALAZAR.

GARIBAY-SALAZAR is described as a Hispanic male, 24 years of age, 5’07” tall, 160 pounds, with black hair and brown eyes.