Hatton and Graham Charged with Forgery

09/27/13 On September 20th the Plymouth Police Department received a report from an employee of Murphy USA regarding suspected counterfeit checks being used to make purchases there. Three personal checks had been used at the store and after examination and further investigation it was determined that the checks were counterfeit. The name Rachel Ford was labeled as the account holder on the checks. 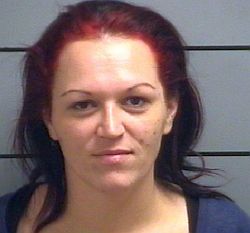 Rachel Ford Hatton had been arrested on July 31 of this year for Forgery associated with the manufacturing and use of counterfeit business checks in Plymouth. Video of the person presenting the checks at Murphy USA showed that Rachel Ford Hatton was using these checks.

The current investigation revealed that Rachel Ford Hatton had been released from the Marshall County Jail on September 12 with a sentence of time served and no probation regarding the earlier counterfeiting case in which she was convicted of Forgery as a class C Felony.

Officers attempted to locate the Ms. Ford Hatton on September 20th but were unsuccessful.  On September 22, at 11:08 a.m. Murphy USA reported that the female suspect was attempting to use another counterfeit check to make a purchase. City officers responded and Officer Shelly Church located the vehicle that the suspect was traveling in and the occupants were determined. 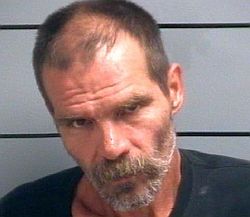