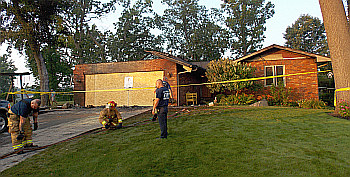 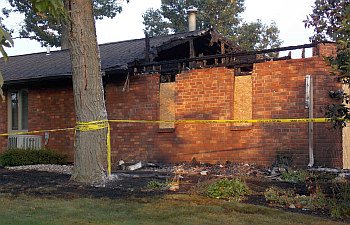 Firefighters were dispatched at 12:37 to a fully engulfed fire. They were able to get the blaze under control in a short amount of time and only using 300 gallons of water. 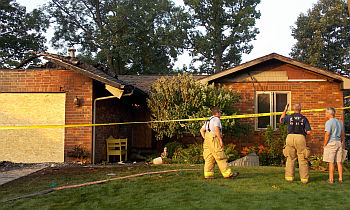 Pasley said the origin of the fire was the electric golf cart and the charger which was in the northeast corner of the garage. He was unable to determine whether it was the charger of golf cart which started the blaze, therefore the cause is undetermined. 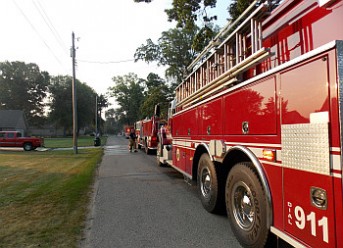 The fire was contained to the garage area but home sustained substantial smoke and water damage. Estimated value of the loss was placed at $350,000. 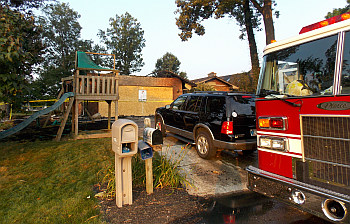 The Chamberlins were at home and in bed when the fire started. Their working smoke detectors warned them of the impending danger and allowed the three of them to get out of the house safely. One family pet, a cat did not make it out.

Investigator Pasley said the door between the home and the garage was dead-bolted shut and that saved the home from severe fire damage. Pasley also encouraged citizens to check their smoke detectors to make sure they are working properly.